Structured Settlement May Offer Tax Breaks and Other Benefits 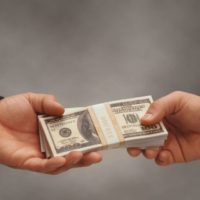 There are numerous legal situations in which a person may receive a large sum of money through a court award or settlement. Often arising as compensation for personal injuries or other acts, most such payouts are reduced due to some or all of the following costs often associated with legal action:

After all deductions have been made from the award or settlement, the remaining amount may be paid in one lump sum. Injured parties (and their attorneys), however, may also choose a “structured settlement,” i.e., where the settlement is paid out in specified increments over a set period of time.

When the injuries are catastrophic, the award may be large, and must satisfy the needs for income and medical care in the future

Many courts are unwilling to allow parents to manage awards in behalf of minors, for fear that they may spend it

A structured settlement may be applied to all or any portion of an award. Although procedures and laws governing such settlements vary from state to state, common elements often include:

Negotiations – In order to determine the amount and duration of needed periodic payments, financial planners or other experts are sometimes consulted.

Determination of award amount – There must be a determination regarding the available amount for periodic payments. This calculation may include setting aside amounts needed for attorneys’ fees, costs, payment of outstanding medical fees, medical needs in the near future, lump sum needed by the injured party, and possibly other items.

Annuity Contract – Parties must select and negotiate an “annuity contract” to fund the periodic payments. Annuity contracts are offered by some insurance companies, and may entail one lump-sum payment for a guaranteed stream of payments for a specified time or even for the life of the recipient. Payments may start immediately or sometime in the future.

Drafting of the agreement – Some jurisdictions require court approval for the finalized structured settlement agreement.

Besides guaranteeing a stream of income for a specified period or for life, there also may be federal tax advantages to a structured settlement. The Internal Revenue Code (IRC) allows an injured taxpayer to exclude from taxable income monies received for physical injuries or sickness, whether from an award in a lawsuit or a negotiated settlement. The Federal Periodic Payment Settlement Act of 1982 amended the IRC, expanding the injured taxpayer’s benefits to allow the exclusion from income of all periodic payments in a structured settlement.

Annuity payments are based upon various factors, including how long the recipient is likely to live. The injured party may live longer and end up receiving substantially more than the original award or settlement, but the excess may also be tax free, providing the injured party never had receipt of the funds used to buy the annuity and has no ownership rights in it.