Get the Results of Your Medical Tests 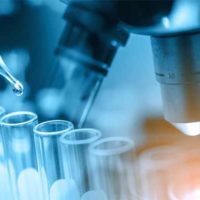 X-rays, mammograms, and many other types of exams or pathology studies have written reports that can be understood by you, the patient, a non-medical person. You can and should read the report prepared by the radiologist or the pathologist. Call your doctor after you have had an X-ray or a lab test done to be sure that you know the results. Get a copy of the written report. Don’t let the doctor’s office put you off by saying things like, “If there is a problem with the X-ray (lab results, or whatever the test is), we will call you.”

As a medical malpractice attorney in Ocala, Florida, I see too often where the radiologist reads the chest X-ray, for example, and says that “there is a mass seen on the X-ray that needs to be followed up with other studies or tests.” This information is sent to the doctor and filled away in the patient’s chart, and the patient is never notified.

Months later, when the patient becomes sick, the patient goes to the doctor, and for the first time the patient learns about a finding on the X-ray that could have been treated if detected early, but now the cancer has spread and it is too late. Don’t rely on the doctor to give you the results only if it is a positive finding on the medical test. Pick up the phone and call your doctor and see for yourself.