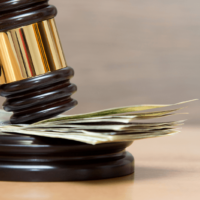 A “class action” is a lawsuit brought by a representative plaintiff on behalf of a class of persons with similar claims. The class and the lawsuit must be certified by a judge as appropriate for class action treatment. If the case is certified, the lawsuit may proceed to resolve issues common to all class members. In general, notice of the lawsuit is mailed to all potential class members and, unless they “opt out,” all who fit within the class definition are automatically part of the lawsuit.

Situations where class action treatment is typical and may be appropriate include:

Generally, in federal or state court, a single plaintiff may sue on behalf of a class if all of the following are met:

A class action may provide the only means of judicial relief for individuals, especially for small claims involving complex issues that would be expensive to litigate

The benefits from a strengthened negotiating position