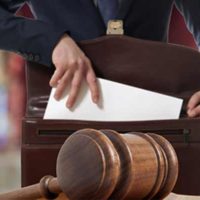 The astonishing thing is that trial lawyers are as little appreciated and understood as they are. Part of the explanation of this fact is the well-financed and well-organized campaign of slander and denigration waged by business interests in order to diminish the influence of trial lawyers and the judiciary on our nation. Their goal is to alter the fundamental nature of our nation from that of being a nation governed by laws to one governed by business interests.

If business interest could alter the nature of our nation to eliminate the principle of everyone being responsible for the consequences of their action and the harm done to others by both deliberate or negligence acts, obviously there would be a greatly lessened necessity of exercising care not to harm others shown in the actions of businesses and a greatly increased danger in every day live.